As today is ‘World Suicide Prevention Day’ when organisations and communities around the world come together to raise awareness of how we can create a world where fewer people die by suicide, I’d like to share my thoughts as to why it matters.

As a new mother 23 years ago, I never thought I would be walking the dark, wet streets of a December night wearing just my night gown. I was suffering from puerperal psychosis, an extreme form of postnatal illness. Had my local geography been different, I believe that I could have become a statistical figure of suicide. I might have made local headlines. For me, the mental torment I was in at the time would have ended. My pain would have stopped. Yet what of that of those left behind?

In addition to all of these thoughts and feelings listed above, they would have been dealing with the shock and grief of the sudden death of a 32 year old woman ‘with everything to live for’.

I was found on that fateful night… on the steps of a local church. I was seeking the peace of mind I saw in some of the Christian ladies that attended the ‘Mums and Tots group’ that I went to. Had I needed to cross a motorway or railway line to get there, the story may have been very different.

I went on to make a full recovery and subsequently have written two books on the subject of perinatal mental health. I also speak at an international level. Helping new mothers and fathers to recognise the signs of poor mental health and to have the courage to ask for help, is now part of my purpose in life. I also want to continue to raise awareness with healthcare professionals and for more services along with the corporate world and society as a whole. 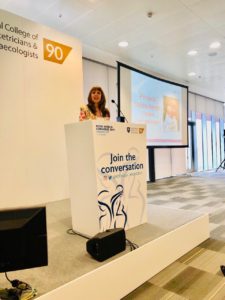 Losing my partner in 2011 suddenly due to heart failure, reignited my passion to reduce suicide. I felt the massive impact from his death and it made me appreciate even more what losing a loved one can do to those left behind.

That is why I keep on keeping on writing about it! Speaking about it! Shouting about it! Life is so precious. There are some illnesses that cannot be cured and death is sadly inevitable. For some people who become mentally ill as a result of becoming a parent, I do believe that their death by suicide CAN be avoided.

I am pleased to be speaking and chairing another conference on this in London on Friday 9th November. This is aimed at reducing maternal suicide. Please let’s get as many people there as we are able to. Please let me know if you need a discount code. See the full details here. 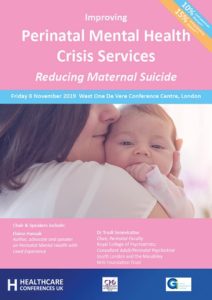 My thoughts are with some of the families whom I know about who are not as lucky as I am, as their loved ones took their own lives. 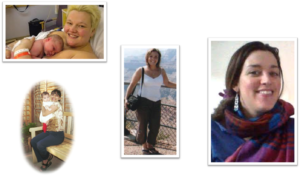 In the words of Daksha Emson’s husband on what would have been his daughter’s 18th Birthday – ‘Let’s enable their silent screams to be finally heard’.

Hold your loved ones close tonight – and make sure that you are really listening to them.