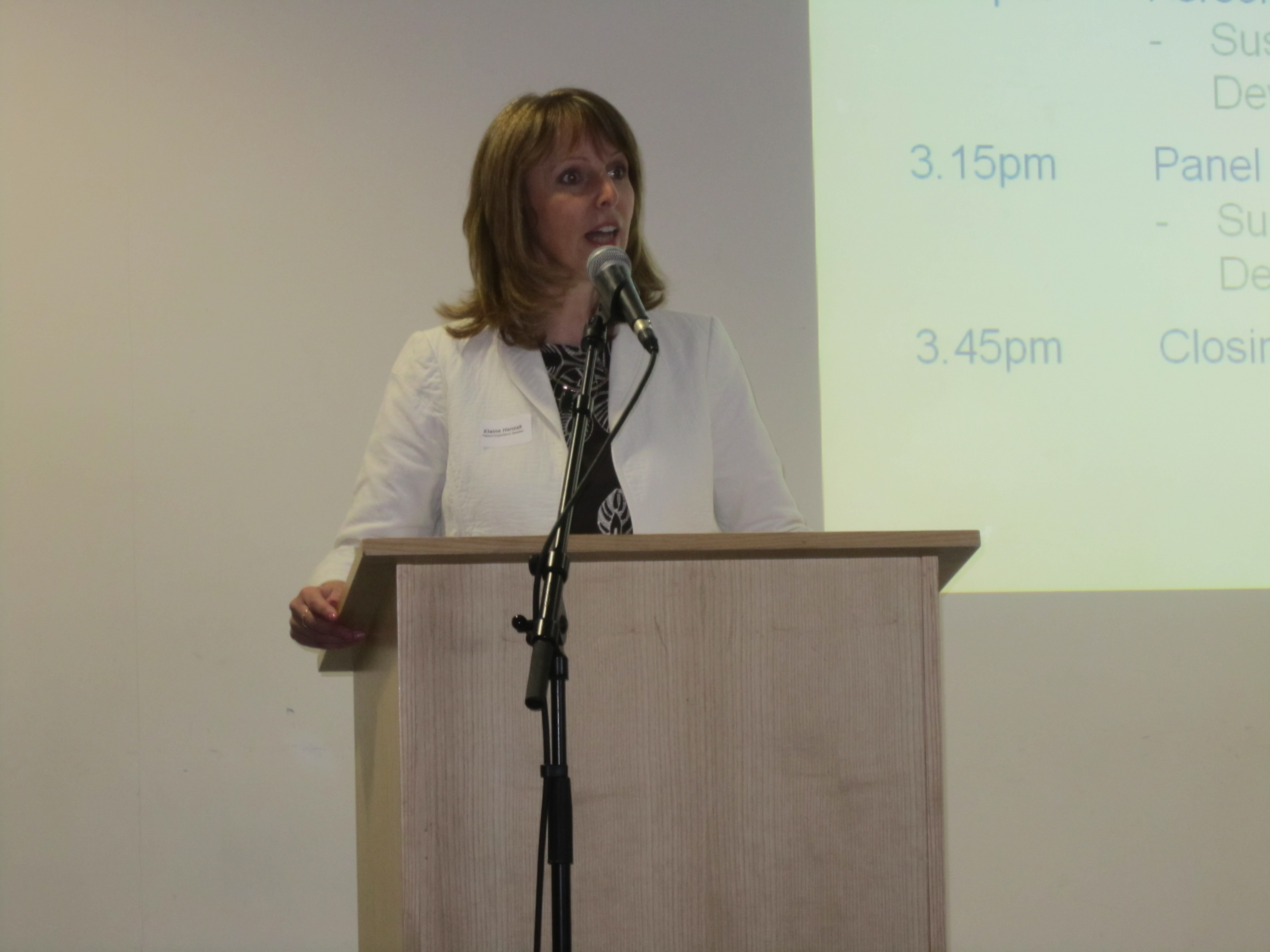 Elaine Hanzak has been described as an inspirational, compelling and courageous speaker. We all have four things in common – we are born, we shall die and in between we have troubles and joys! Elaine shares her experiences of involvement with all of these aspects as she is told that it helps others.

When she was pregnant and first heard of postnatal depression she honestly felt that she wasn’t the type to get it! Elaine’s perception was that it would not happen to someone like her – she was happily married, she had always longed for children, she had a good teaching career, a supportive family and was always efficient and organised. Postnatal illness affected those who were not as lucky as she felt she was.

How wrong she was! Within a few months of the birth of her son Dominic, she was diagnosed with postnatal depression and her life began to fall apart. By his first Christmas she was in a psychiatric hospital suffering from puerperal psychosis, the most extreme form of postnatal depression. Elaine was self-harming; completely irrational and unable to look after herself;  her son was placed on the ‘at-risk’ register under the watchful eye of Social Services; her teaching career looked uncertain and her whole family was traumatised.

Yet she did make a full recovery! When you are in the dark place of depression the aspect of recovery, for all involved, seems a distant dream; a long, dark tunnel from which there seems no light at the end.

Fundamentally Elaine went on to share her story with others to offer them hope; to show them that as bad as postnatal illness can be, the likelihood is that you CAN get better!

After her book was published, ‘Eyes without Sparkle – a journey through postnatal illness’ (Radcliffe 2005), she gave up her career of teaching children with severe and profound learning difficulties and began a new one as a speaker and trainer on the subject.

Elaine’s marriage ended and after living with her parents for a while she set up home in Tadcaster, Yorkshire, with fellow speaker Clive Gott. When he died suddenly of a heart attack in February 2011 once again she faced huge changes and trauma. In sharing her emotions via her blog it became clear that her words were inspiring others. It emerged that the aspects that helped Elaine to recover from postnatal illness were just the same as in bereavement. Others told her the same techniques applied in any kind of loss – self-esteem, job, relationship, even a bad hair day! So a wider, more generic message had been passed to her. Clive used to say that whatever happened to you as a speaker became another keynote or seminar story!

Since Elaine has shared her story she now appreciates that there are many, many similarities across all aspects of mental health. Even middle-aged men have recognised the parallels! Consequently she can tailor her presentations and advice to those in business, education and almost any walk of life.

Elaine has moved back to Cheshire to be amongst her family again and has begun another chapter in her life!

Remember – one day you will feel better!